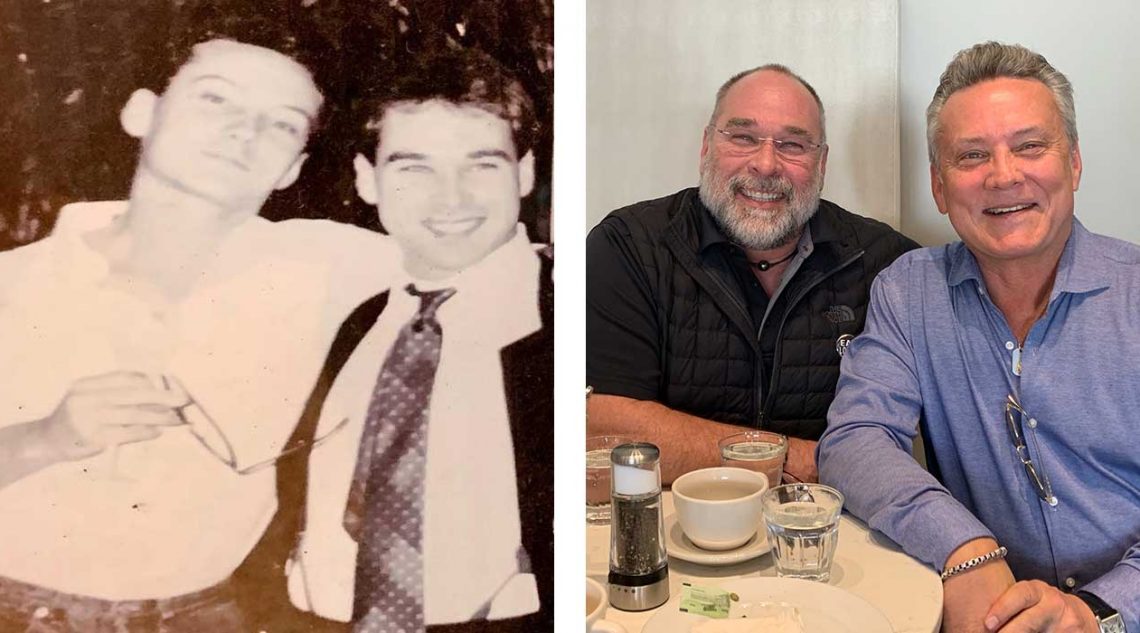 Just a little over 32 years ago, I was a few weeks into the honeymoon phase of my first restaurant opening. There have been 17 other openings since then. They have all been stressful and hectic, but there is something about the first one that holds such a special place in my heart.

Yesterday, I had breakfast with Dean Owens, my original business partner from that first restaurant, the Purple Parrot. I purchased his stock a couple of years after we opened, and he lives on the West Coast now. We rarely see each other, so it was good to catch up and talk about those early days.

There is something special about the opening crew of a restaurant that is different from all of the other crews that follow. A restaurant opening is so stressful and hectic that a bunker mentality and unique bond forms among the fellow team members. It’s a tie that binds even three decades later.

Owens and I met through a mutual friend and were both servers in the same restaurant while putting ourselves through college in the mid 1980s. I don’t remember who was the first to bring up that we should open a restaurant together, I just know we both wanted to open a restaurant, and eventually— over the course of several months— we began talking about joining forces to open a fine-dining restaurant in my hometown, Hattiesburg, Miss.

He graduated before I did, moved to Atlanta, and started working as a manager for an independent restaurant group. I still had two semesters of school left to finish, but we still stayed in contact via long distance telephone calls, and the occasional visit, and we still talked about opening a restaurant together.

In the spring of 1987, I finished my internship and moved to the Florida Panhandle to get ready and open the restaurant. He quit his restaurant management job in Atlanta and moved down to the Panhandle with his girlfriend. The plan was to wait tables and develop the opening plans of our future restaurant, soon to be named.

In actuality, we mostly just waited tables, hung out on the beach, and dined out almost every night. Even though we made no progress on developing a business plan to open a restaurant, the experience proved to be invaluable as we made lifelong friends down there, he was able to hire the chef away from where he was working, and all of the dining out gave us plenty of inspiration and motivation for our upcoming endeavor.

Those months living on the beach were some of the least stressful days I have ever spent. I would wake up late in the morning, walk out to the beach and eat breakfast at a place called June’s Dunes, lie in the sun all afternoon, go to work waiting tables at a restaurant called Harbor Docks that evening, and then hit the clubs until the wee hours of the morning until I woke up late the next morning, went to the beach for breakfast, laid out in the sun, rinse, wash, repeat.

Eventually summer came to a close, the tourists went home, and the snowbirds who leased us the condo moved back to the beach for the winter. It was time for us to ditch the sand and stress-free existence and move back to Hattiesburg to open our restaurant.

We had our eye on a property that had been a former 24-hour breakfast concept near the university. The small amount of restaurant planning we had done in Florida was with that building in mind. We had never even set foot in the closed property until we quit our Florida jobs and moved back to town. A realtor finally walked us through the restaurant, and it was a complete wreck. There was no way, with the limited funds we had, we were going to open a restaurant in that location. Our limited preparation would be all for naught in that space. I remember feeling disappointed and embarrassed at our naivety. Dejected, Owens and I went to lunch at the restaurant we both waited tables in while in college to talk about our dilemma. It was there that we talked about a building— a former dress shop— that had just come up for lease at 3810 Hardy Street, the location where the Purple Parrot still stands today.

Looking back, it’s scary what we didn’t know. Though I think that is part of the reason I have such fond memories of those initial pre-opening months. Neither one of us had any experience opening a restaurant, and we had even less money. We each kicked in $25,000.00 as our stake in opening the restaurant. I’m not sure where he got his initial outlay, maybe he had saved it. All I know is that I had nothing. I was living rent-free in a garage apartment behind my grandmother’s house. It was a one-room studio that I ended up living in until I was 30-years old. For my $25,000.00 stake, I sold the only thing I owned that had any monetary value, a small 40-acre plot of land-locked cutover in Perry County that my grandfather had willed to me when he passed away.

We didn’t have a name for the restaurant. During the planning stages we just called it “the restaurant.” Owens remembers this story differently. As I remember it he and I went to a Jimmy Buffett concert in Biloxi during the pre-opening days of the restaurant. On the way home that night the conversation turned to what we were going to call the restaurant we were opening in the coming weeks. To my memory, we were throwing all sorts of names out there and I made a joke and said, “What if we call it the Purple Parrot?” We laughed and agreed that it would be the temporary name until we came up with something better. We got so busy opening the restaurant that we never took the time to come up with anything better.

That initial opening crew was a special group of people. Not that today’s crews aren’t unique. They all are. There is just something about the first time and a first restaurant that separates itself from the others. One distinctive characteristic of that initial opening was that our employees were our age. A few were even older than we were. Today, I am older than most of my employees’ parents. True story.

In those days, there were only a couple of full-service restaurants in Hattiesburg, and we were packed from day one. We are blessed to still be busy today. I look back on those early days with a specific reverence. They were hard. They were stressful, and they were fun. We paid ourselves $12,000.00 a year for the first two years. It was a 50% pay cut from what I had been making as a waiter. Though, if I would have had any money, I would have paid someone to let me own my own restaurant. We made it because, in many ways, we didn’t know exactly what we didn’t know.

Owens and I finished our breakfast and he went about his business. I, however, have been spending the last day remembering back to those early years and feeling grateful to all of the people who helped us get this thing off of the ground, and grateful to him, too. I owe so many people so much. There are over 300 people that work for the New South Restaurant Group today. Each and every one of them has played a key role in making my restaurant dreams come true. For that I will be forever grateful. 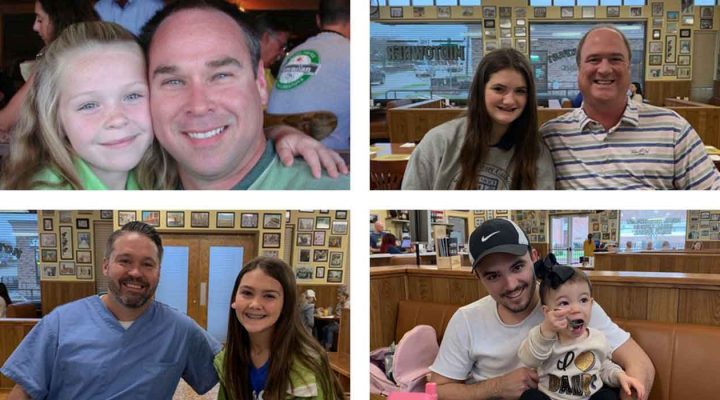 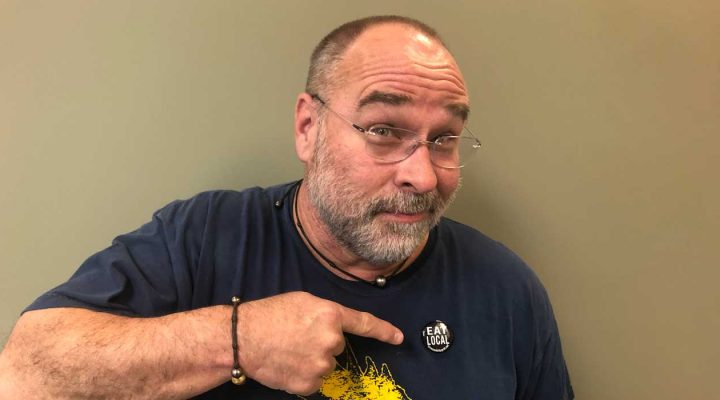 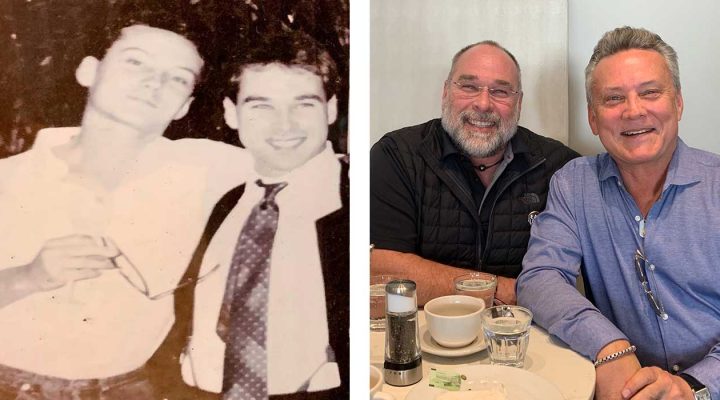