The Denomination of Punch

I am a Methodist because my grandfather owned a pair of shoes. 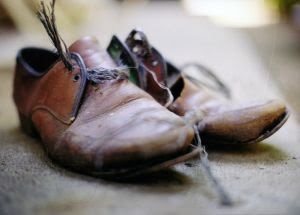 In Brooksville, Miss., in the early 1900s, the Methodist church was located a mile from their home. The two oldest boys walked to church with their father. The five youngest boys attended the Baptist church— which was located a few houses away and an easy walk on the grass— with their mother.

A tattered pair of Sunday shoes has provided me with a lifetime of covered-dish suppers.

It’s sometimes hard to pick a Methodist out of the crowd. A Muslim might have a prayer rug, a Jewish man might wear a Star of David, and the Catholics have the rosary. We Methodists can’t walk around with a casserole dish hanging from our necks.

My friend, Bill explains the denominations this way: The Baptists pick you up out of the gutter, the Methodists clothe and feed you, the Presbyterians educate you, and the Episcopalians introduce you to all of the right people, which sends you back into the gutter so the Baptists can pick you up again.

I know a better way to define the protestant denominations— through their punch. Not a boxing punch, mind you, but their ladle-it-out-of-your-grandmother’s-cut-glass-bowl, fruit-juice-and-ginger-ale-with-a-floating-ice-ring-in-the-middle church punch.

Three cookbooks ago, I released Deep South Parties. In the chapter that included various celebratory beverages, I published several actual punch recipes from local small town church cookbooks. The procedural instructions for the various church punches were basically the same among the denominations. The yields were similar as each recipe made enough punch for about 30 thirsty church goers. Where the rubber meets the road, or better still, where the ring mold meets the fruit juice, is in the ingredients.

The ingredients of the church-punch recipes I found are a telling factor. When I was a boy, a lady named Mrs. Lampkin was the hostess at my church. Here is the recipe for her punch: one 48-oz can pineapple juice, one three-ounce package instant lime gelatin, two cups sugar, one cup lemon juice, one small bottle of almond extract. Simple, easy, green. 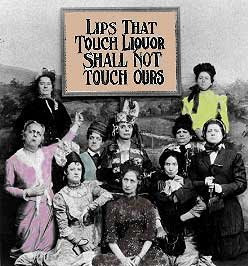 Here is the recipe for a punch recipe found in a Baptist cookbook in my hometown: two cups cranberry juice, two cups apple cider, one cup pineapple juice, one cup orange juice, 1/2 cup lemon juice, two cups ginger ale. We know it well, and have drunk it often at Baptist weddings. Some might have even snuck into the back room at Baptist weddings and added something a little stronger.

Speaking of stronger, the Catholic punch recipe I found is made using 1/2 gallon burgundy wine, one pint gin, two quarts of ginger ale, 1/2 cup sugar, and 1/4 cup lemon juice. With my Catholic friends, it’s all about the wine.

My uncle is an Episcopal priest in the Northern Neck of Virginia. This is an actual recipe for church punch that I pulled from of one of his church’s cookbooks: one fifth bourbon (100 proof), one fifth brandy, one fifth sherry, one fifth sparkling red wine, juice of 12 lemons, two cups sugar, one fifth soda water, which is proof that one will always need a designated driver when attending a Whiskeypalian wedding.

My grandfather owned a pair of Sunday shoes, and that’s why I’m forever destined to drink green punch.

In a cocktail shaker, add ice. Add liquor and liqueurs in order. Shake with ice and fine strain into a chilled martini glass.

An Unbalanced Force in the Foothills