A man in Jacksonville, Fla. was arrested last week for making fraudulent 911 calls.

He wasn’t calling the police station to ask if their “refrigerator is running?” and he wasn’t asking the dispatcher if she had “Prince Albert in a can?” The Associated Press reported that Reginald Peterson was hauled off to the pokey because he called 911 to complain that the Subway restaurant had left the sauce off of his sandwich.

The AP reported that when “officers arrived, they tried to calm Peterson and explain the proper use of 911. Those efforts failed, and he was arrested on a charge of making false 911 calls.”

It baffles me that anyone would get so upset about a sandwich that they would call 911. But it baffles me even more that it happened at a Subway. It’s one of my son’s favorite restaurants. There’s one two blocks from my house and we eat there often. They make your sandwich right in front of you. If you want more sauce, or no sauce, all one has to do is say so. There’s no need to get the police involved. 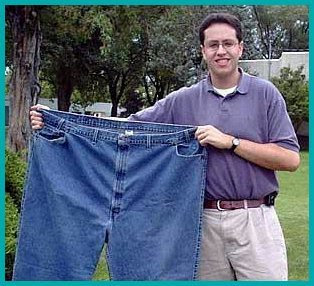 Google and YouTube are filled with 911 calls of all types. Many of them have to do with food. One man called 911 because “Someone broke into my house and took a bite out of my ham and cheese sandwich.” A lady called from inside a fast-food restaurant and complained to authorities, “They won’t fix my taco… I ain’t havin’ no rice in it… he’s holdin’ my dollar and ten cents!” Another called asking, “Can you connect me to Domino’s Pizza?”

We are passionate about food. It’s one of the only things in life of which everyone has an opinion. Eating is universal. It’s what we do, three times a day (more if you’re me), 365 days a year.

YouTube has a lengthy 911 call from a woman who is sitting in the drive-through line at a Burger King waiting for her Western Bacon Cheeseburger.

The 911 archives are also filled with such non-vital emergencies as, “I’m watching a movie and there’s a guy beating another guy with a bat.” and “What day of the week is this?” But the best ones are food related.

It all falls back to the legendary Joe Pesci scene in one of the Lethal Weapon movies where he reels off a curse-laden diatribe as to why one should never use the drive-through window, but always walk up to the counter. That incident, by the way, was over a tuna sandwich at Subway.

Sprinkle the filets with the Creole Seasoning and grill over direct high heat until the center of the fish is slightly pink, about 6-8 minutes. Turn the filets once during cooking. Do not overcook.

Brush the inside surfaces of the hamburger buns with the olive oil. Grill over medium direct heat for 2-3 minutes.

To assemble the sandwiches, spread a small amount of the Seafood Remoulade the toasted surfaces of the hamburger bun. Top with the fish, tomato, lettuce and the top half of the bun.
Serve immediately.

Best if made at least 1 day in advance. Sauce holds up to 1 week in the refrigerator.